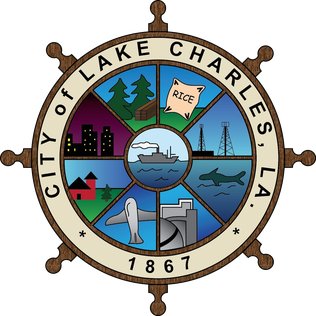 Lake Charles (French: Lac Charles) is the fifth-largest incorporated city in the U.S. state of Louisiana, located on Lake Charles, Prien Lake, and the Calcasieu River. Founded in 1861 in Calcasieu Parish, it is a major industrial, cultural, and educational center in the southwest region of the state.  As of the 2010 census, Lake Charles's population was 71,993. It is considered a regionally significant center of petrochemical refining, gambling, tourism, and education, being home to McNeese State University and Sowela Technical Community College. Because of the lakes and waterways throughout the city, metropolitan Lake Charles is often called the Lake Area.