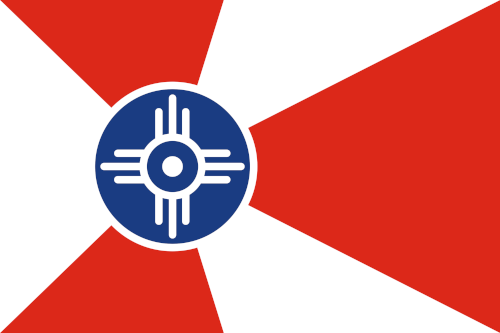 Located in south-central Kansas on the Arkansas River,Wichita began as a trading post on the Chisholm Trail in the 1860s and was incorporated as a city in 1870. It became a destination for cattle drives traveling north from Texas to Kansas railroads, earning it the nickname "Cowtown."

In the 1920s and 1930s, businessmen and aeronautical engineers established aircraft manufacturing companies in Wichita, including Beechcraft, Cessna, and Stearman Aircraft. The city became an aircraft production hub known as "The Air Capital of the World." Textron Aviation, Learjet, Airbus, and Spirit AeroSystems continue to operate design and manufacturing facilities in Wichita, and the city remains a major center of the American aircraft industry. Wichita is also home to McConnell Air Force Base, and Wichita Dwight D. Eisenhower National Airport, the largest airport in Kansas.